Will Run For Chocolate

Running can be an opportunity to spend some quiet time alone with yourself. A time to meditate, a time of mindful awareness. Whether alone, or at a crowded race, it's just the runner and their thoughts.

For me, a 5k is really just an excuse for me to spend 30 minutes pondering any and all random thoughts that wander through my brain. For example, during this morning's Lagomarcino's Cocoa Beano 5K in East Davenport, my thoughts were a mix of highs and lows, goods and bads, just like the “moderately” hilly course.

It is possible they didn't realize that your “pace” refers to how fast you intend to run the entire race (or most of it), and not how fast you plan on running the first three whole blocks before stopping abruptly to bend over, hands on knees gasping for breath in the middle of the road. Directly in front of me.

These people should be slapped.

The Bad: People who complain – even if they just think about complaining – about people who run three whole blocks before abruptly stopping to bend over, hands on knees gasping for breath in the middle of the road. Directly in front of me.

I should be slapped.

The Bad: People who get to the race at the last minute, find the small parking lot already stuffed to overflowing, yet insist on shoehorning their cars (and gigantic Escalades) into any semi-open space they can find, regardless of how that affects, or, ahem, almost completely blocks off traffic flow after the race.

These people should be slapped.

The Good: People who take the time to help other motorists maneuver their 72-inch wide vehicles through the 74-inch wide gap left between the back bumper of the shiny, new, black Escalade, and the driver's side door of the fragile, white Toyota Prius.

Those people deserve medals. Because if it weren't for them, I would have gotten out and hit those cars even if I didn't hit those cars.

The Bad/Not Inspirational: The runners who cross the finish line and then turn around and run the course backwards as a cool down, or to double their mileage. Especially if I meet them before I reach the half-way point.

These people deserve to be slapped.

The Good/Inspirational: The runner with the perfectly coiffed bun, designer sweats, aviator-style sunglasses and perfect running form. I want your hair and your style. If I can't run fast, I should at least be able to look good doing it. (Although I did pass her, so there's that.)

The Good: My music playlist for this race was amazing. I don't think many people would put Sammy Hagar, The Kinks, and Steve Winwood (and Billy Joel) on the same playlist.

The Bad: I MAY HAVE HAD THE VOLUME TOO LOUD. Wait? Is that even a thing? 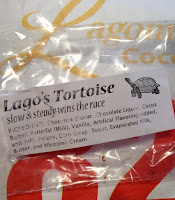 
The Bad: People who think Iowa is flat. These people should be slapped and forced to run a 5K in a river town.

The Good: West Branch isn't near a river, but it has plenty of hills. I eat hills for breakfast. I love powering past others on hills. (I should probably be slapped for that.)

The Bad: Ending a 5K route with a long incline. You could hear the roar of the crowd, but you couldn't see it. That last quarter mile up hill was a real spirit breaker.

The Good: My spirit doesn't break that easy.


But I am going to lie about my pace next time.